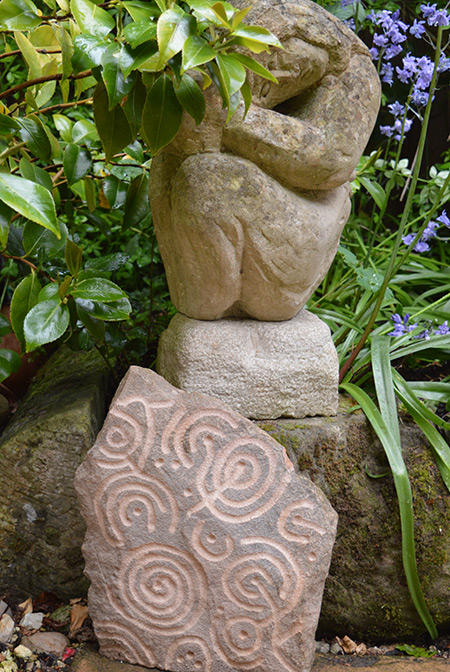 Paul left Newcastle upon Tyne, where he had lived for most of his adult life, due to family reasons and moved to Wooler in 2014 and Milfield in north Northumberland in 2015.

He is fortunate to now live in an area rich in another one of his lifelong interests, the Neolithic legacy which remains upon the landscape and in particular the rock art.

Visiting these beautiful and mysterious sites – some with origins older than the Great Pyramid - which are so little known and appreciated by the general public - inspired him to create hand carved rock art both in homage to our distant ancestors and also to raise awareness of this astonishing legacy.

Although the meaning and function of Northumbrian rock art sites is not understood and probably never will be, one thing is certain, designs found at many sites and compared to trans- Atlantic examples at sacred locations in California, USA and Colombia are exact matches.

As well as replicating motifs from some sites, Paul also uses the library symbols to create compositions which he hopes are in keeping with the spirit of this ancient tradition, and just as mesmerising. The fact that ‘cup and ring’ designs (although that far underestimates their complexity) are indeed found all over the world clearly shows that they have an archetypal importance to the human race which can still visually ‘speak’ to us today - if we take the time to look and listen.